Olivia Harrison Net Worth, Biography & Lifestyle: Olivia Trinidad Harrison is an American author, film producer, and philanthropist. She is best-known as the widow of the former member of The Beatles and musician George Harrison. After her husband’s death, she oversaw the releases and reissues of his past works.

Olivia Harrison has a net worth of $300 million.

After hours of research, we’re thrilled to present to you Olivia Harrison’s net worth, and along with it:

They say that behind every great man is a great woman. It’s certainly true in the case of Olivia Harrison, the widow of the legendary George Harrison. We are in awe at how she preserves her late husband’s legacy and keeps his memories alive, even after many years since his death.

There’s no argument that she’s a strong and admirable woman!

Ready to get to know the great Mrs. Harrison?

Widely known to the world as the widow of ex-Beatles member George Harrison, Olivia Harrison has done her best to preserve George Harrison’s legacy not just as an artist but also as a philanthropist. After his death, she organized the tribute concert “Concert For George” held at Royal Albert Hall, which benefited George’s charity and won the Grammy Award for Best Long-Form Music Video.

She co-produced the 2011 documentary “Living in the Material World” with Martin Scorsese, co-authored the book “George Harrison: Living in the Material World,” and compiled the revised edition of George’s autobiography, which was reissued as “I, Me, Mine: The Expanded Edition.” She was also responsible for the reissues of the box sets “Dark Horse Years” and “Collaborations.”

Olivia Harrison serves as a director of Apple Corps and the Material World Foundation in order to represent her late husband’s voice. She is the founder of the charity organizations Romanian Angel Appeal and The George Harrison Fund for UNICEF.

Read on to know more about the “Dark Sweet Lady.”

Who Is Olivia Harrison?

Olivia Trinidad Arias was born on May 18, 1948, to Zeke Arias, a dry cleaner and seamstress Mary Louise Arias. She was raised with her two siblings, Louise and Peter Arias, and with Mexican films and music as a big part of their upbringing. Trío Los Panchos, Jorge Negrete, and Trío Calaveras are just some of the artists she loved growing up.

In the early 60s, she went to study at Hawthorne High School, where she graduated in the summer of 1965.

After graduation, she developed her shorthand and typing skills and got hired as a secretary at A&M Records in 1972.

Because Olivia was a part of the company’s merchandising department, she was involved during A&M’s negotiations with former Beatle and musician George Harrison to distribute George’s Dark Horse solo records globally.

After many long-distance telephone calls between them, George found himself intrigued by and impressed with Olivia. He went to Los Angeles to prepare for his first solo tour with Ravi Shankar, and that’s when Olivia met George Harrison in person during a party in 1974. She started working exclusively at his record label, Dark Horse Records, and the two became a couple.

The pair was perfectly compatible with their shared interests, such as spirituality and meditation. Olivia became a calming presence in George’s life, helping him curb his alcohol and drug dependency. She accompanied him on his North American tour, and afterward, moved in with him at his Friar Park mansion in England.

Around 1978, Olivia found out that she was pregnant with George’s child, and the two planned to marry. George Harrison married her later that year after Olivia gave birth to their only child, Dhani Harrison. George’s former fellow Beatles John Lennon, Paul McCartney, and Ringo Starr didn’t attend the event but sent flowers and gifts.

The marriage brought a sense of contentment in George Harrison’s life, evident in his music during this period, particularly in his 1979 album, “George Harrison,” which featured the song “Dark Sweet Lady” written for Olivia.

Unlike other wives of ex-Beatles, Olivia Harrison maintained a mostly private life away from the public eye and raised Dhani that way. As a mother, she was quite strict but caring and hands-on despite having a nanny. She found contentment and fulfillment in being at home, taking care of it, and doing housework.

Although a private person in general, Olivia Harrison had no problem going into the public spotlight and using her influence in helping to make changes and in helping others in need. Case in point, during the late 80s, she partnered with Barbara Bach, Ringo Starr’s wife, to join the Parents For Safe Food campaign. She also supported her husband’s protest against the John Lewis Supermarket chain’s plans to redevelop Henley’s Regal Cinema.

At the beginning of the 90s, Olivia Harrison headed to Romania after reading about the terrible conditions there. After the visit, she founded the Romanian Angel Appeal to help the orphaned Romanian children, with the support of Elton John and fellow Beatle wives Yoko Ono, Barbara Bach, and Linda McCartney.

In 1999, a deranged man broke into the Harrison home. After hearing some noises, George came downstairs to investigate and was attacked by the man. Seeing her husband stabbed many times, Olivia Harrison attacked the intruder bravely with a heavy lamp. The police came, and the couple was hospitalized for their wounds.

The incident became front-page news, but the severity of George Harrison’s injuries wasn’t disclosed to the public. In truth, it was so severe that he was required to undergo surgery to remove a portion of one of his lungs.

In the same year, George was diagnosed with lung cancer. His condition took a turn for the worst rapidly, and he died in 2001. His remains were cremated, and his ashes were scattered in the Ganges and Yamuna Rivers.

Life as a widow

In 2002, Olivia produced a concert in George’s honor called “Concert for George.” The show featured artists such as Eric Clapton, Ravi Shankar, Tom Petty, Jeff Lynne, Billy Preston, former Beatles McCartney and Starr, and Dhani. The proceeds from the concert and the subsequent concert-related releases such as book, album, and film went to George Harrison’s Material World Foundation.

In 2005, Harrison’s video production received  the Grammy Award for Best Long-form Music Video. The following year, Olivia Harrison released her first book, “Concert for George: A Celebration of the Life of George Harrison.”

Olivia also supervised the reissues of George’s works, such as George’s autobiography “I, Me, Mine,” the “Concert for Bangladesh” film and album, and the album “Living in the Material World.” She was also responsible for compiling the “Dark Horse Years” (with the help of Dhani) and “Collaborations” box sets.

She also co-produced the 2011 documentary “George Harrison: Living in the Material World” with Martin Scorsese. She appeared with the legendary director and film producer in New York City and Cannes to promote it. The Martin Scorsese film won the 2012 Primetime Emmy Awards for Outstanding Nonfiction Special and Outstanding Directing for Nonfiction Programming (Scorsese).

Olivia also directed a short film called “The Apple Years” to accompany the 2014 reissue of George’s solo albums by Apple Records. The revised edition of “I, Me, Mine” was published in 2017 and included some of George’s handwritten notes and lyrics for various songs that he didn’t include in the original publication of the book.

Her other film projects include the restoration of Charlie Chaplin short films and films from the Golden Age of Mexican cinema, such as “Enamorada” (1946), through the Material World Foundation. She has also funded the film restoration projects of Scorsese’s non-profit organization, The Film Foundation.

As a director of the Material World Foundation (MWF) and the Harrison Family Foundation, she has taken over her late husband’s unfinished philanthropic works.

In 2002, MWF launched the Harrison Family Scholarship, which provides scholarships at Brown University, preferably for non-American students. She also founded The George Harrison Fund for UNICEF in 2005.

How Old Is Olivia Harrison

How Much Is Olivia Harrison Worth?

American author and film producer Olivia Harrison has a net worth of $300 million.

Co-produced by Olivia Harrison and directed by Martin Scorsese, this documentary film explores the life of one of the world’s greatest artists, George Harrison.

I, Me, Mine: The Expanded Edition

The reissue of George Harrison’s autobiography, with added handwritten lyrics and notes by Harrison.

The accompanying book to the Emmy Award-winning George Harrison documentary.

A box set containing George Harrison’s works with Ravi Shankar, compiled by Olivia Harrison and which she described as a “labor of love for me.”

Put the Bounce on your Mojo today! 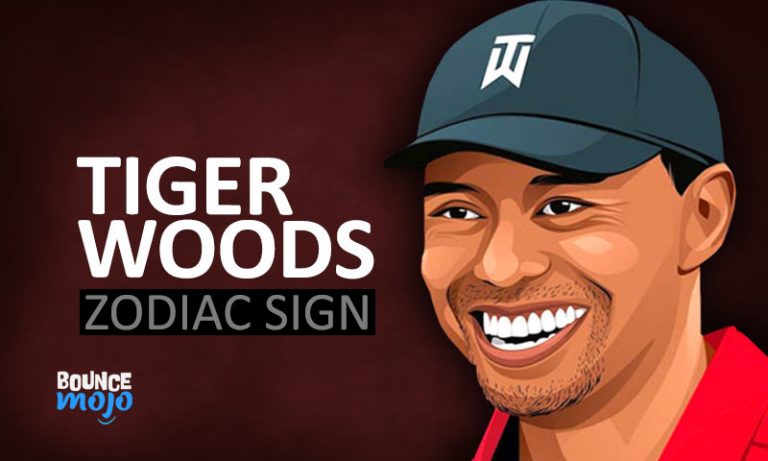