MJ Demarco Net Worth, Biography & Lifestyle: Mj Demarco is an entrepreneur and book author of the acclaimed books “Unscripted” and “The Millionaire Fastlane.” At present, his earnings reached $20 million.

It took some time to finish the research just to give you the latest news about Mj Demarco and his net worth.

Today, we’ll be tackling his life, and how he turned into an author we know, and we will look at:

He has an interesting life story to look at, and my favorite part here is how he turned an eavesdropping moment into wealth.

Sit back and relax.

Mj Demarco grew up in Chicago, Illinois. He does not reveal much about his personal life, so some details are still undisclosed until today. He attended college at Northern Illinois University but did not pursue a corporate job after graduation.

He claims that he became a multimillionaire at the age of 33, when he sold his online website, Limos.com, in 2007. We don’t know his date of birth but he was born in 1974.

Instead of taking the ‘slow lane,’ he wanted to be rich quickly. He tackled in his first book the frustration he had while seeing his former classmates thriving on their corporate ladder.

He started Limos.com, did the coding, and built a successful business from scratch. He did this when the dot-com bubble was at its peak and sold his online transportation marketplace for a hefty $1.2 million. Unfortunately, the new owners brought its downfall, making him repurchase it from them for just $250,000.

Incredibly, he made it bigger and sold it again. This time, it is for a multimillion deal.

Demarco did not want to take the slow lane that most of his former classmates took. The drill here is to get a job and save, invest in mutual funds, and wait until you get 65 years old. By that time, you are rich. For him, the slow lane will not work. He wanted to take the fast lane and retire young.

Although he was confident, he did not meet his expectations because of his poor decisions. He tried many businesses only to fail. His former jobs include being a busboy at a cockroach-infested Chinese restaurant, a day laborer, and a charity can collector. He also delivered newspapers, became a house painter, and delivered flowers, too.

Because money was tight back then and for him to buy his best friend’s wedding gift, he prostituted himself to an older woman.

How Much Is Mj Demarco Net Worth?

Working as a professional writer and entrepreneur, he has a current net worth of $20 million. Some of his books that made him known were “Unscripted”  and “The Millionaire Fastlane.”

The Millionaire Fastlane: Crack the Code to Wealth and Live Rich for a Lifetime

An audiobook that could crack the code to wealth and help you live in luxury.

Unscripted: Life, Liberty, and the Pursuit of Entrepreneurship

An audiobook talking about how he lived an unscripted life and managed to create a profitable business.

Wealth Exposed: This Short Argument I Overheard Made Me a Fortune…Can It Do the Same for You?

An audiobook based on a true story that will help you find answers to becoming rich.

Unscripted – The Great Rat-Race Escape: From Wage Slavery to Wealth: How to Start a Purpose Driven Business and Win Financial Freedom for a Lifetime

A book about wealth-building strategies and principles.

A Spanish version of the book “The Millionaire Fastlane.”

MJ Demarco used to enjoy the single life for quite a long time, but he revealed that he eventually met someone. At present, he revealed that he is already married, and his wife is a nurse. Because he kept his life private, not much is exposed to the public.

In just a short while, you will get to know more about his Lamborghini, his online business, and published books. For now, let’s check out first the “Key Habits” to build wealth and his career as an entrepreneur and author.

Mj Demarco turned his life upside-down after an eavesdropping incident. Check out these three habits he thought of in making lives easier and more fulfilling.

Habit #1 Thinking Outside the Box

He decided to live an above-average life or off from the slow lane. He describes this lane as something you routinely do- goes to school, goes into debt, and eventually falls into a job you do not want in the first place, lives in an average home, and drives plain cars.

Habit #1 is synonymous with YOLO. What you should think about is how to live your life to the fullest.

Demarco pointed out that the probing issue is not getting rich quick, but trying to be rich quickly. People should understand that no one becomes a millionaire overnight. You have to exert an immense amount of effort and think smart.

Why would you spend your entire life earning income if you can do the same thing in five years through investments? Just wait for the next few years for its interest to rise.

Mj Demarco is focused on building assets that can bring income forever. He said internet business and books could bring income without putting in great effort after the work has been done. Once you do this, you can live the life that you wanted.

Demarco’s book “The Millionaire Fastlane” became a best-selling book despite not having an excellent book cover. Eventually, he improved the front and slowly transformed his website. Many can relate to this because “perfect” is nonexistent. To improve, you have to respond to the feedback from the real world and make the necessary changes.

How Mj Demarco Spends His Money

Demarco earns his money through his business books with the help of Viperion Publishing Corporation. He uses his earnings to earn more through investments and stocks. Below is one of the assets he made out of his career.

How much is Mj Demarco’s Net Worth?

Working as a professional writer, Mj Demarco’s net worth this year reached $20 million.

Is Mj Demarco the Author of The Millionaire Fastlane?

Along with “Unscripted: Life, Liberty, and the Pursuit of Entrepreneurship” and “Unscripted – the Great Rat-Race Escape: From Wage-Slave to Wealth: How to Start a Purpose-Driven Business and Win Financial Freedom for a Lifetime,” he also authored “The Millionaire Fastlane.”

Is The Millionaire Fastlane a good book?

According to an Amazon review, it is one of the best books written on the subject, and even compared to a book like “Rich Dad Poor Dad.”

And that’s a wrap! I hope you enjoyed our walk through Mj Demarco’s career. My favorite part here is when he did not achieve his goal of taking the fast lane. Everything takes time, and baby steps are important.

I hope we learned a lot from his poor decisions and his success. If you want more of his content just visit Bouncemojo.com. 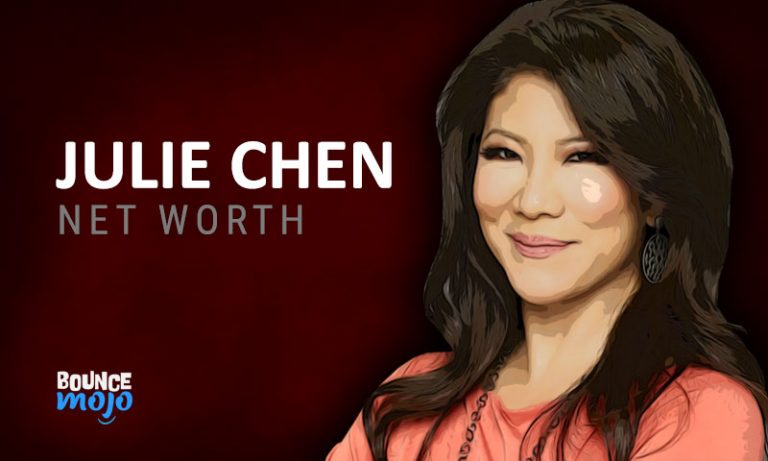