What is Martin Shkreli Net Worth?

Martin Shkreli Net Worth, Biography & Lifestyle: Martin Shkreli is an Albanian-American entrepreneur and the co-founder and former CEO of Turing Pharmaceuticals. The press dubbed him as “Pharma Bro” and “The Most Hated Man in America.”

Now let’s take a look how he got here, along with the details of:

There’s a lot to know about what’s surrounding the Pharma Bro’s multiple convictions. Even his biography is entertaining to read (you can check it out here.)

And equally interesting is our Fun Facts Section – with mind-blowing surprises for you there!

Check Out: The Biography of Martin Shkreli

Who Is Martin Shkreli?

Martin Shkreli is the former hedge fund manager who’s now a convicted felon. He’s most famous for increasing the price of the HIV drug Daraprim.

And it’s not just a mere price increase.

In 2015, his company obtained a manufacturing license for the said drug. And then…

From $13.5, the drug now costs $750, thanks to the then-chief executive officer of Turing Pharmaceuticals. That’s about a spike of 5000%!

He was fired after his arrest in 2015 but still owns company shares.

Even now, Shkreli still manages the company through a contraband phone. It should’ve given him an additional year to his sentence.

But the allegations weren’t proven.

But there’s more to his portfolio than that!

All of the said firms either got sued by defrauded investors or sued him. Yes, his own companies sued him!

That was how he got arrested.

You’ll find the long version of the story in our controversies section, so make sure you get to that part!

Shkreli didn’t lose the cocky and arrogant demeanor that he was known for. He could be seen laughing in his congress hearing.

He even boasted that he’s never going to serve his full sentence.

He never apologized for his crimes, not even for the Daraprim price hike. In fact, he claimed that his investors never lost money.

The judge allowed him to travel to Harvard University for a speaking engagement!

He got a little confident after, so he tried to get released again, citing his importance to the coronavirus treatment studies. But this time, the court turned him down.

Martin Shkreli’s net worth remains in the tens of millions status.

But for sure, you’re interested in his personal life, so let’s keep scrolling…

What is Martin Shkreli’s age?

What is Martin Shkreli’s height?

How Much Is Martin Shkreli Worth?

Because of his Turing Pharmaceuticals shares, Martin Shkreli net worth is a whopping $70 million!

After everything, Martin Shkreli net worth is still this high?! Take a look at that in Bouncemojo.com.
Click to Tweet

The Biography of Martin Shkreli

Sorry I Wasn’t Listening I Was Thinking of Martin Shkreli

He was raised a Catholic, even attending Sunday school most of his early life.

He was used to being the family’s brains.

That’s what he said, anyway…

Yet somehow, he managed to get a Cramer, Berkowitz, and Company internship at 16.

It wasn’t until 2004 that Shkreli graduated from Baruch College with a business degree.

Shkreli’s parents are Albanian and Croatian immigrants. They worked as janitors to support their four children. They still live in the same apartment that Martin and his siblings grew up in.

He has a younger brother who still lives with their parents. He was diagnosed with treatment-resistant depression.

Martin has two sisters. One of them – Leonora Izerne – wrote to the NY Eastern District Judge to appeal her brother’s conviction.

Leonora said that before he was six, he could do maths like no one’s business. In other words, he was smart, and it’s a shame to put him in prison.

His girlfriend is none other than Christie Smythe – Bloomberg’s former reporter who delivered the news of Shkreli’s arrest.

How have the tables turned, right?

They publicized their relationship in December 2020, but rumors say they’ve been together before that. What’s clear is that she regularly visits him in prison.

That was just the short story. We still have a detailed timeline of his career, dating back to his humble beginnings – and humble abode, if you can believe that!

It’s one of the first to run human studies on its experimental coronavirus drug. Thanks to the study’s success, the company’s shares had a 30% hike.

Taking a break from biotechnology…

Shkreli was also CEO of KaloBios Pharmaceuticals in 2015 until his arrest in the same year.

The company then announced bankruptcy.

They were just bad bets and bad-mouthing offenses for Shkreli. Then overnight, he shocked the world by a 5000% price hike on the lifesaving HIV drug Daraprim.

In a snap of a finger, HIV patients’ drug to have a normal life became too expensive.

Since the company’s purchase of the drug in 2015, they prevented generic versions of the drug from entering the market.

He successfully monopolized the HIV drug market, and he’s not sorry!

Focusing once more on biotech companies…

Shkreli founded the biotechnology firm Retrophin in 2011, running it like a portfolio company.

Not only that, but they also sued him for $65 million for allegedly ‘committed stock-trading irregularities and other violations of securities rules.’

He made Merrill Lynch lose $7 million on a bad trade with another biotech company. Since he couldn’t cover the loss, he was forced to shut down.

The bank won but went bankrupt before they could collect the payment.

Martin Shkreli started as an intern at the hedge fund Cramer, Berkowitz, and Company.

Shkreli impressed his bosses after predicting the Regeneron weight-loss drug price drop. Cramer profited from short-selling stocks of the biotech company, as per the intern’s recommendation.

He lasted four years in the company before moving on to be a financial analyst for investment banks.

And the rest is history…

The former chief executive officer was arrested on December 17, 2015. He faced multiple counts of securities fraud.

The charges referred to his time with MSMB Capital Management and Retrophin. Allegedly, he paid off earlier investors with funds from new investors, giving them the illusion that the company’s doing well.

That’s what you call a Ponzi scheme, and he seems to be good at it.

and the New York State Department slapped Shkreli with a tax warrant for $1.26 million.

It took the court a long time to find unbiased jurors. Everybody just hated his guts!

This whole time, by the way, the defamed pharmaceutical tycoon claimed that federal prosecutors are only targeting him because of the Daraprim issue.

Still, he managed to annoy the masses after that – specifically Hillary Clinton.

Shkreli offered $5,000 to anyone who could bring him a strand of Clinton’s hair. He publicly apologized and explained that it was complete satire.

Too late, though. The court has already revoked his bail.

He stayed in the Metropolitan Detention Center in Brooklyn to wait for sentencing.

Shkreli was then sentenced to seven years in federal prison.

He forfeited $5 million from his eTrade account, and law enforcement seized his other assets amounting to $2.36 million.

Shkreli appealed for an early release, of course.

But the appeals court unanimously upheld the original verdict in 2019.

But with his talents, who knows what he might do next?

How Martin Shkreli Spends His Money

He’s neither a car nor a real estate enthusiast.

Martin Shkreli is a collector of random things that are priced to affirm his wealth. He likes rare albums, eSports teams, and even a Picasso painting.

But surely he lives somewhere, right?

Despite Martin Shkreli net worth, the co-founder and former CEO of Turing Pharmaceuticals lived in a Manhattan apartment.

Before his incarceration, he streamed videos with his guitars, hoverboard, and other collections cluttered in the background.

More like a teenager’s room rather than a millionaire executive’s place, if you ask us…

The Albanian-American entrepreneur founded the Shkreli Foundation in 2015. The non-profit organization is ‘passionate about making contributions to pioneering causes, especially within the medical community.’

And it’s the only institution that didn’t reject his money.

When he gave a $2,700 campaign donation to Bernie Sanders, the politician immediately handed the money to an HIV clinic.

And this New York charity for the homeless called Community Solutions returned his $15,000 donation.

We have to give it to him – he did try. But nobody likes ‘blood money.’

You love to hate him, but there’s certainly something to learn from Martin Shkreli net worth and life story.
Click to Tweet

What is Retrophin about?

What happened to Retrophin?

The company has rebranded as Travere Therapeutics Inc.

What happened to Turing Pharmaceuticals?

It’s still in operation but is now named Phoenixus.

It’s inspiring how Martin Shkreli maintains his net worth after paying fines, debts, and prison time.

Say what you want about him; he still has admirable qualities. Living in a dorm-like apartment while having millions in the bank says something!

knowing his story, we know what not to do.

You can also get to know Shkreli more through his biography RIGHT HERE! 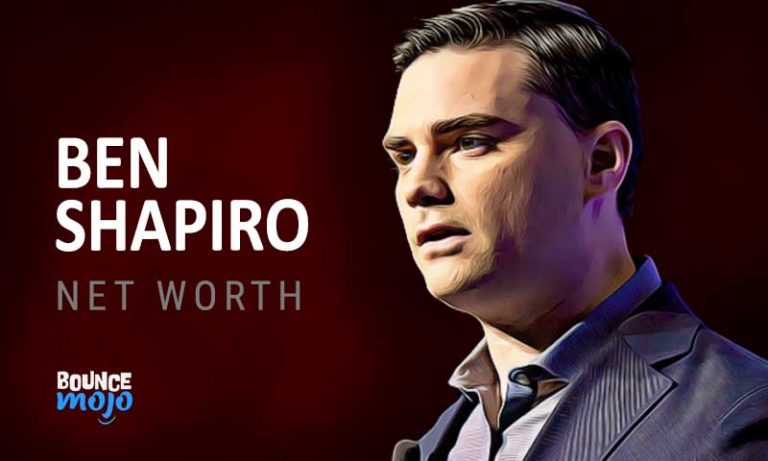