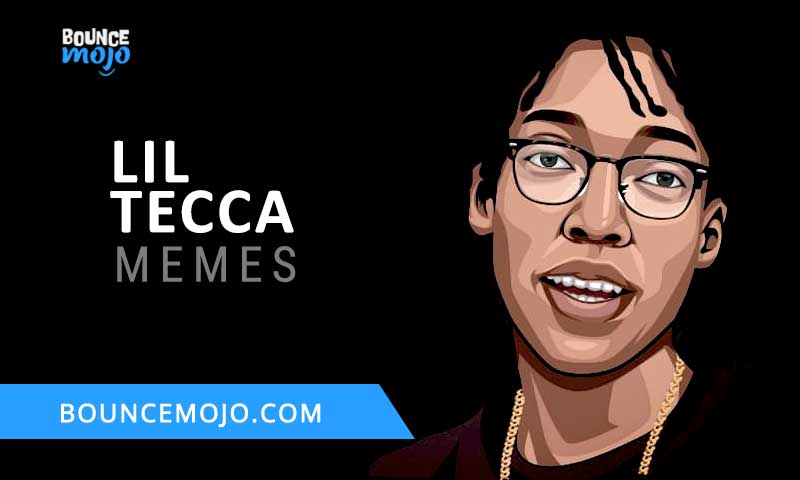 Lil Tecca Memes: Tyler-Justin Anthony Sharpe – a.k.a. Lil Tecca, was born on August 26, 2002.  He is an American rapper famous for his song Ransom.

Before we go and have a round of laughs at him, let’s appreciate the fact that the young rapper has been making hip hop music ever since he was younger and still studying in school.

Lil Tecca was fond of making diss tracks with his friends at school using his Xbox while they’re playing games.

He was about 9 years old at that time.

Although it sure sounded cool, the school officials didn’t think so. Apparently, the dissing went a little too far, with little Tecca dissing almost everyone at school. This naughtiness took him on a trip to the principal’s office instead.

Fortunately for Tecca and his friends…

They were quicker than Eminem’s rapping in deleting their sound files so up until today, no trace of that dirty, dirty past has been leaked (which is a shame, if you ask me.)

…until one song, named “Did it again” brought his career to greater heights.

And the young hip hop artists definitely hit while the iron is hot, releasing his now famous song “Ransom” which charts on the Billboards charts.

I mean… who wouldn’t look sophisticated while wearing Guccis and Sneakers, right?

And let me tell you…

If you’ve seen some of his videos, and photos all over Google, you’ll know he’s a living meme generator.

This article will show you memes of one of the youngest successful rappers we have today, Lil Tecca.

Tecca has always been an entertainer. He was able to reach over 300 million people with the music video for his song Ransom. Now, he’s going to entertain us again but in a different way that doesn’t involve music.

Buckle up your seatbelts and loosen it up as you laugh with me at these ten memes of Lil Tecca.

Meme #2. When someone asks how it is working from home

It’s going very terribly, thank you for asking. That bright yellow orb in the sky? I don’t know her.

Meme #3. When I think about my life for more than 30 seconds

Hip-hop music, a cute baby video, and Tecca memes may distract me from what a mess my life is.

But not for long!

Meme #4. When you memorized every meme on the internet and nothing is making you laugh anymore

And the internet would be like, “Sorry, we do not have any new memes at the moment. Please, try again later.”

Meme #5. That moment you make eye contact with another coworker while walking down the hall

When you meet some of your coworkers on your way to work, but you’ve got nothing to say to each other, so you just look at each other like…

Meme #6. When your mom chooses your haircut for you

We’ve all had this awful experience as a kid.

Meme #7. “When you win the lottery and she keep saying we won.”

Oh, so my credit card debts are a ‘me problem’ but me winning a lottery is a ‘we victory’? How is that fair, my dear?

Meme #8. When you tell a joke and you’re the only one laughing

Aww, come on, guys. This is not how the game works. You are supposed to laugh when I tell a joke.

Meme #9. My face when you tell me you have to think about it

Everyone knows what this means. This is just a nice way to say NO without hurting your feelings.

Meme #10. Smile, it makes people wonder what you’re up to Or not, Lil Tecca

Am I going to kidnap you for ransom? Or am I just a nice guy? Sometimes, it’s fun making people wonder what’s in that pretty little head of yours.

There you have it – did you ROFL?

We hope you enjoyed this article as we did creating them. So what are you waiting for? Go share a laugh with your friends by sharing this article.

If you enjoyed this article, wait till you see what else bouncemojo has in store for you. Check out our other meme articles about Nick Jonas, Dave Chappelle, Tiger Woods, and lots more.