Shawn Mendes Tattoos:  “Baby, there’s nothing holdin’ me back…”

Apparently, Shawn stays true to this line from his song. There really is no holding him back from expressing himself through his music and body art.

It is no surprise that tattoos are drawn onto one’s skin to symbolize something – whether that be a distant memory or a loved one.

According to Page Six, “It’s clear that whatever Mendes chooses to ink for life, he always picks something extremely personal and meaningful.”

True enough, he has 10 body art tattoos to prove that not all ink collections are meaningless.

Read on and find the story behind all 10 of Shawn Mendes’ body art tattoos.

And while you’re at it, head over to BounceMojo.com and check out his Net Worth, Best Quotes, Bio, and Memes too.

1. Guitar Tattoo On His Forearm

As is common among musicians, Shawn Mendes’ tattoos include a guitar on his right arm just below his elbow. Sure, you might say it’s one of the most go-to guitarist tattoos for a music-minded guy.

It has a much deeper meaning to it.

From afar, the tattoo looks perfectly like your typical guitar tattoo. However, when zoomed in and looked into at a closer view, the body of the guitar is composed of trees at a riverbank with its reflection falling on the river. The guitar’s neck embodies Toronto’s picturesque skyline and features the popular CN Tower.

As if that’s not enough to move us…

… the soundwave of his sister and parents saying “I love you” is brought to life and scribbled on his forearm forever.

All these are intricately – and artistically – drawn by tattoo artist Livia Tsang in 2016.

Shawn is really bringing his A-game for his tattoo right there.

… this guitar tattoo represents all the things that give life to his existence – his music, his birthplace, and his family.

Well, if you ask me, that’s a very memorable first tattoo.

(Be right back. Just wiping off the tears in my eyes.)

2. Light Bulb Tattoo On His Arm

Shortly after he got his very first guitar tattoo, fans weren’t aware of his second tattoo until he briefly made it visible in his “There’s Nothing Holdin’ Me Back” music video.

When Teen Vogue interviewed Shawn, the singer was quick to say, “I got it when I was in Oslo on tour; I really wanted something to remember this time of my life. It’s a lightbulb that has roots and a colored flower inside.”

… this lightbulb tattoo is meant to celebrate “Illuminate,” his second album.

It’s amazing to see that Shawn also loves to jump on to the minimalist tattoo bandwagon. And he proves that by having a teeny-tiny elephant tattooed right on to his middle finger.

Got you scratching your head?

Apparently, while one may think that this is simply a tattoo of a cute elephant, it is actually a homage to his mom who, according to him, has an obsession with elephants.

Livia Tsang got the privilege of holding hands with Shawn when she inscribed the tat for him.

4. Sparrow Tattoo On His Right Hand

It was in 2017 when Shawn added one more ink art to his tattoo collection – a sparrow tattoo.

Apparently, he’s been crowdsourcing on Twitter about tattoo ideas. Shortly after that, he then revealed this gorgeous tattoo of a sparrow on his right hand.

This might symbolize Shawn’s longing for travel as Page Six wrote, “Sparrows were once commonly used in sailor tattoos as a symbol of traveling long distances.”

Capital FM would write, “Another addition to his collection is this swallow, a bird which ‘is one of the only few of its kind that remember their home’ which holds enormous relevance to Shawn who spends a large chunk of his life on the road touring. Shawn also told fans that ‘sailors used to get it before a voyage and it’s a symbol of a traveller.’”

If you check out his music video for “In My Blood,” he flaunts it front and center as he lay on the ground singing.

Page Six writes, “Fans suspect this numerical tattoo represents both Mendes’ birthday (August 8, 1998) and his lucky number. He admitted to W Magazine in 2018 that he got the tiny ink with his friend and then-rumored girlfriend, model Hailey Baldwin.”

This just proves that he’s like everyone else – going for a number 8 as one of his minimalist tattoos.

Well, I don’t blame him. I’d have the number 3 tattooed on my hand too if I were him – it’s my lucky number.

5. Meditation Tattoo On His Right Wrist

Apart from the number 8 tat, the “Treat You Better” singer has another minimalist tattoo on his right wrist showing a man in meditation and seated with crossed legs.

Shawn revealed this tattoo in his music video for “Lost in Japan.”

As obvious as it already is, the meditation tattoo symbolizes his fondness for “meditation to cope with his stress and anxiety issues.”

Both he and rumored girlfriend Camila Cabello are big on meditation. So that could be another reason.

6. Butterfly Tattoo On His Left Bicep

Apparently, it impressed Shawn so much that he decided to realize that fan’s vision.

Of course, with Christ TATTXX’s help, a Chilean tattoo artist, the tattoo was brought to life and now permanently inscribed on the singer’s bicep!

Wait, it gets better!

Shawn himself messaged Kayla to send the original tattoo design to him.

Capital FM would later write that Shawn “uploaded a video of him with his long time tattoo artist Livia Tsang in a hotel room and sent fans into meltdown when they realized he was actually getting the butterfly design inked on his upper arm.”

Woah! Talk about being lucky – so lucky!

7. Letter “A” Tattoo Behind His Ear

Okay, the story behind this tattoo is nothing short of tear-jerking and sentimental.

Apparently, before tattooing his sister Aaliyah’s full name, he decided to have Navasard tattoo the letter “A” just behind his right ear.

On the day that he got this tattoo, he accompanied Camila Cabello on her first-ever trip to the tattoo shop.

The “Havana” singer tattooed a quote from “Shakespeare in Love” (1998) on her pinky.

8. “Aaliyah Maria” Tattoo On His Collarbone

Shawn Mendes has already established himself as a very sentimental person. He’s very rarely ever spontaneous when it comes to tattoos he wants to be inked onto his skin.

But this one – a tattoo of his sister’s full name – is definitely one for the books.

This is – by far – one of the sweetest ways of saying ‘I love you.’

Talk about being the best brother!

It’s obvious that Shawn Mendes values people who are closest to his heart.

While not blatantly revealed, fans assume that Camila Cabello is Shawn’s “little sunflower.”

Page Six wrote, “When the singer’s favorite tattoo artist, Kane Navasard, posted a picture of his new ink, speculation swirled that the design is actually a tribute to the star’s girlfriend of one year, since sunflowers are reportedly her favorite floral.”

Okay, Shawn! I swear you’re already on the top of the list of the best boyfriends ever – bar none!

Shawn sure is a master of saying ‘I love you’ through tattoos and songs.

Would you mind also using my art as your tattoo, Shawn?

How many tattoos does Shawn Mendes have?

Fans are adamant that something that enhances his natural good looks is his assortment of artistic ink. According to Page Six, Mendes has a total of nine tattoos.

Why does Shawn Mendes have an ‘8’ tattoo?

The number 8 is inked on the left side of the singer’s right middle finger. Meaning: Shawn Mendes says that number 8 has been very important to him always. The 8 represents 08/08/1998 which is Shawn’s birthdate, moreover, 8 is his lucky number.

Did Shawn Mendes get a new tattoo?

Shawn Mendes just got a new tattoo and the delicate new ink is dedicated to none other than his younger sister, Aaliyah Maria. The singer’s new tattoo was unveiled by Kane Navasard, the man behind the ink, via Instagram on July 26.

Who is Shawn Mendes’ tattoo artist?

Mendes’ latest tattoo honors his 16-year-old sister, Aaliyah Mendes. Though the singer has yet to speak out about the design, which is located on his collarbone, tattoo artist Kane Navasard posted a close-up shot on Instagram.

Pretty sure you’ll agree with me when I say that Shawn Mendes has some definitely artistic and meaningful tattoos.

Out of all Shawn Mendes’ tattoos, my favorite is the butterfly because it just goes to show how in touch he is with his fans and how grounded he is as a person – reaching out to his fans and making them feel important.

Well, if I can, I would definitely tattoo Shawn on my body.

If you enjoyed reading this article, you might also want to check out Shawn Mendes’ Bounce Mojo Net Worth, Bio, and the Best Laughable Memes.

Don’t Forget To Put The Bounce In Your Mojo Today! 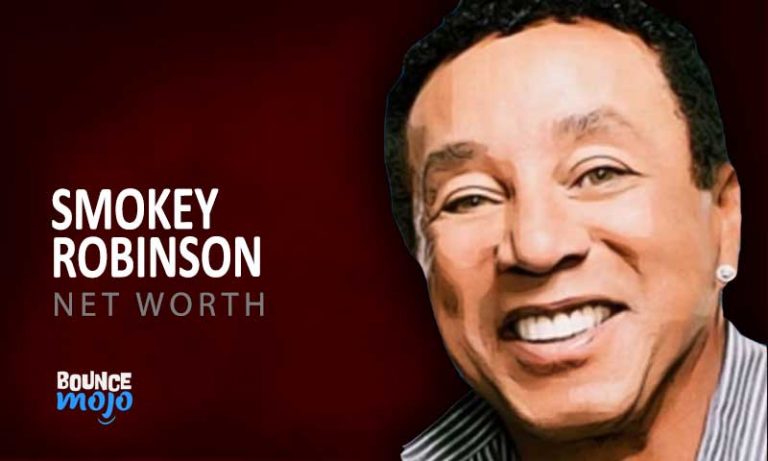