Nick Cannon Jokes: Nicholas Scott Cannon is an American actor, rapper, and comedian. He began his career as part of the cast in All That before he could host his own shows such as The Nick Cannon Show, Wild ‘n Out, America’s Got Talent, Lip Sync Battle Shorties, and The Masked Singer.

He’s always the one telling jokes about other people for a living, but now we’re about to turn the tables and joke about him.

This article contains the best comedians’ best Nick Cannon Jokes that are sure to leave you rolling on the floor laughing.

Sit tight and we’re off!

No more Nick Cannon? But who will host everything nobody watches? –Christopher Barnes

My wild n out internship is so fun!! Except my lunch break is determined by how long I can fake laugh at Nick Cannon’s freestyles ???? –heykyleharris

Boomers: WHY COME FOOTBALL MAN NO STAND UP

Nick Cannon: WHY COME REAL SLIM SHADY NO STAND UP

Viacom fired Nick Cannon but still has a Wild’n Out channel on Pluto. –Corey Crow

Hollywood must have some dope acid because at some point a person walked into a pitch meeting & said, “Let’s do a show where Nick Cannon hosts 6 celebrities in mascot costumes, they come out & sing, then a panel of celebrity judges guess who it is.” And they said, “Make it now.” -Dan LaMorte

Nick Cannon wore whiteface on an Instagram post. However, his wife has been wearing whiteface for years. -Lee Mays

I used to perform at conventions for college activities buyers. I have NEVER seen someone bomb as hard as I saw Nick Cannon bomb there. Ever. In 18 years of doing comedy. It was insane. -Steve Hofstetter

Nick Cannon said that Mariah Carey doesn’t know who Kim Kardashian is. However, Mariah didn’t know who Nick was til after they got married. -Lee mays

Is Nick Cannon the first celebrity person to trend on Twitter just before their death? -Josh Levesque

Mariah Carey’s sister being arrested for prostitution is still better than being married to Nick Cannon. -Lee Mays

Nick Cannon is directing Drumline 2. It’s the story about an annoying unfunny comedian who marries someone more talented & hotter than he is. -Lee Mays

Mariah Carey & Nick Cannon shut down Disneyland to renew their wedding vows because children were confusing them with Shrek and Fiona. -Lee Mays

Maria Carey and Nick Cannon just had twins. Finally somebody in that household with a measurable IQ. -Tuesday Thomas

Mariah Carey made Nick Cannon sign a non-disclosure agreement. That shouldn’t be hard. No one has ever paid attention to Nick Cannon. -Lee Mays

Nick Cannon is directing Drumline 2. It’s the story about an annoying unfunny comedian who marries someone more talented & hotter than he is. -Lee Mays

Nick Cannon is the new CCO of RadioShack. Perfect, because just like Radio Shack, I have no idea how Nick Cannon is still around. -Chris Luxama

Mariah Carey is leaving “American Idol” to focus on being both a wife and mother to Nick Cannon. -Lee Mays

Mariah Carey said American Idol was the worst experience of her life. Yet, it couldn’t be as bad as being married to Nick Cannon for 6 years.  -Lee Mays

Oh, good! You made it through this article. For a second there I thought you were gonna pass out laughing at that fourth joke. Glad you got over that.

Don’t forget to use some of Nick Cannon jokes to share a laugh with your friends!

And don’t forget to check out other jokes about Tom Cruise, Nick Jonas and Rick Ross! 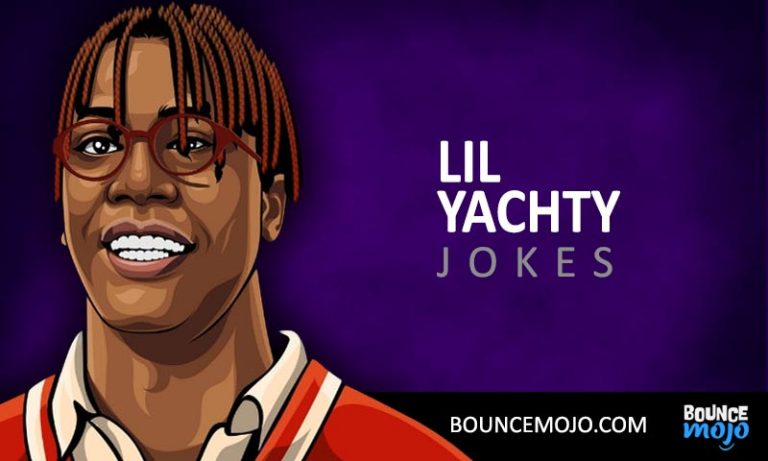