John Macarthur Books: John Macarthur – born June 19, 1939 – is an American pastor-teacher of Grace Community Church, conference speaker, chancellor of The Master’s University and Seminary, the featured teacher with the Grace to You media ministry, and an acclaimed author.

Inspired by his versatility and wanna explore him more?

Well, the ideal way to get familiar with someone’s personality is to look at what he writes. So, we’ll dig through his book and try to quench your thirst for information.

…before that, let’s take a brief overview of his career and life story.

Make sure to stick around and persist your curiosity, we’ll get back to discussing his books soon.

So, basically in 1969, John Macarthur moved to Grace Community Church, right after the completion of his degree from Talbot Theological Seminary. Macarthur showed his careful insight for the observation and revelation of each verse of the Bible.

…with his leadership, worship services organized by the Grace Community Church was a huge success – a two-day Housefull event with around 3000 participants in number.

Hundreds of members are enrolled there in numerous fellowship programs and coaching batches every week.

….in 1985, John Macarthur was considered as the president of The Master’s College in Santa Clarita, California, an officially recognized institution of liberal arts offering degree programs from bachelors to masters-level specifically for Christians.

Later in 1986, he established The Master’s Seminary, an educational establishment committed to drill the individuals for expanding and promoting spiritual guidance and Christianity.

Unleashing God’s Truth One Verse at a Time,

Macarthur also belongs to Grace to You, as a chairman and featured teacher since 1969.

Grace to You oversees the development, production, and distribution of Macarthur’s publications in hardcovers or as in the audio-books, and the radio and television broadcast of the organization, voluntarily.

Radio in Grace to You gives voice to the eternal verities of the Bible thousands of times regularly to the English communicating states around the world.

Okay, so now the part you have been waiting for… His books…

When it comes to writing John Macarthur has written more than a hundred study guides and books. Here, we’ll look into his top publications.

Fasten your seat belts and here we go…

#1. Gospel According to Jesus

Description: In this publication, the ideology of “easy believism” has been addressed by the author.

His words confront the Christians to think over their allegiance to Christ with the examination of their rewards.

Macarthur asks, “What does it really mean to be saved?”

He impulses the readers to keep in mind that their conversion was more than a mere point in time, that, by definition, it involves a complete life of obedience, compliance, and devotion with Christ as Lord from the deep soul.

That sounds just about right!

#2. Our Sufficiency in Christ

Description: In this book, Macarthur emphasizes the spiritual assets that the

Christians have displaced and defines the ways to avoid making similar mistakes repeatedly.

This book will display that God has provided you with completion, and give a complete visualization of the fact that how Christ is sufficient for you in every possible aspect.

Description: In Strange Fire, a terrifying situation has been expanded by MacArthur

#4. Ashamed Of The Gospel

Description: Ashamed of the Gospel is one of the most selling books of John MacArthur.

He criticized the seeker-sensitive, user-friendly, entertainment-oriented pragmatism -who pervades the church- on their accommodation with the cultural issues. He challenged the Gospel to re-evaluate the revelation of their religious duties to build a better civilization.

Description: In the said publication, the writer shed light on the cruelest and unjustified act in the history of man, the passionate Jesus Christ, and the exceptional ascendancy of the supremacy of God.

Description: In the mentioned title,

a very touching and distinctive look has been given into the lives of the twelve most true-hearted women according to the Bible.

Just like all the believers at any age, these faithful women have faced struggles and hardships with only the trust in God.

Inside this book, bestselling author and Bible teacher John MacArthur tries to display that the God to whom they were so dedicated is the same God who continues to mold and use ordinary people today.

Description: John MacArthur has written this book to reveal the tactics used by the enemy and the ways to be prepared for a fight.

The chunks that you’ll learn are the risks involved in postmodern thinking, the ingrained shortcoming in the Emerging Church Movement, the historic conflicts and the influence in the war of truth on the recent church, and the indispensable importance of truth and assurance in a postmodern age.

John Macarthur explains how a person can mold his weak points into an essential attribute to impress others. The book is having the stories of twelve men that Christ chose as the dedicated follower of Christ.

Description: Macarthur has assembled his work of more than three decades as a pastor and

scholar for the creation of the most encyclopedic research on the bible study to date.

It serves as a vital tool for emerging Christians. The English Standard Version (EVS) is rapidly becoming a well-known English translation of the Bible. Trouble-free to read, authentic, and reliable to the original Greek and Hebrews.

Description: Being an inquisitive journalist on a mission, best-selling author and teacher John MacArthur depicts the gospel records and explains to you an astonishing and miraculous visualization of Jesus which can not be ignored.

Description: One Faithful Life: A harmony of the life and letters of Paul is the story of Christ’s devoted servant. Being a faithful believer, Paul’s life revolves around  his God’s command and instructions.

Description: Slave: The Hidden Truth About Your Identity in Christ is a creation of its kind by Macarthur.

In this masterpiece, he has declared that being Christ’s slave is a substantial entitlement for Christians.

You see the quoted text below clearly some up the essence of this publication.

“But the language of slavery does more than merely picture the gospel. It is central to the message of salvation. That is because the slavery metaphor points to the reality of Christ’s lordship, and the lordship of Christ is essential to the biblical gospel.”

There you have it! Did you enjoy reading John Macarthur’s Books? I hope this article educated you enough!

Also, no wonder why he has a great ranking overall in his books; it’s because of his spiritual beliefs and the great delivery of the holy words!

MacArthur is a Reformed Protestant and a prominent representative of expository preaching, which reflects in his writings.

Feel free to share this article with your friends, and if you want more of John Macarthur, just visit us at Bouncemojo.com. 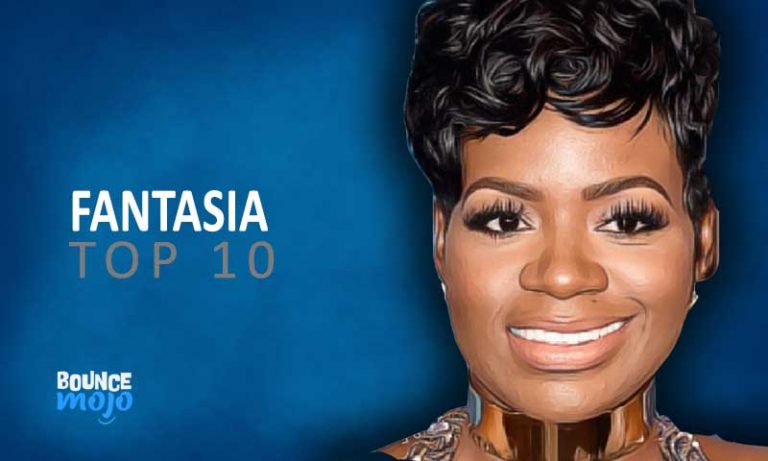