We might know him best for the masterpiece Titanic…

…but Cameron rose to prominence after directing The Terminator, another well-loved movie.

He has made all of his riches from his employment in the film industry. He has luxury houses in Malibu, California, and New Zealand!

If you’re looking for the best James Cameron movies for your weekend marathon, you’re in the right place!

Most of his masterpieces were such blockbusters that he’s now a film icon. Read on to see the creams of the crop and what made them so great.

Hands on the rails…

One of the many incredible James Cameron films, the first one on our list is “Terminator 2: Judgment Day.” It was released in August 1991.

I am sure it meets your typical James Cameron type as it has all the fun, adventure, and drama that made it one of the highest-grossing films ever.

Arnold Schwarzenegger plays the role of an international spy who keeps his role hidden from his wife Jamie Lee Curtis. But along with all the world-ending threats, he finds his personal life at risk as well.

If you’ve seen Terminator 1, you know the back story, but if you haven’t, just watch it right now! A cyborg who was once Sarah’s enemy is now assigned to protect her.

Definitely, the best way to end a Friday night.

“Terminator” is the next best project by Cameron as this sci-fi movie continues to set trends.

In this film, a human soldier was sent back a few years into 1984 from 2029, and He has to protect a young Sarah Conner who will give birth to the key to humanity’s salvation.

In short, I can say that no one else has the credibility to make as legendary a film as James Cameron and Schwarzenneger’s combo can.

Featured song: My Heart Will Go On

“Avatar” turned out to be a great theater release, as it had an incredibly huge budget of 200 million dollars.

It has been found that the production of this film was way too long, but in the end, all the hard work paid off.

The budget increased to such a high extent because of its incredible use of advanced technology.

The film takes you into 2154, where humans have depleted Earth’s natural resources, leading to a severe energy crisis.

The Resources Development Administration finds a valuable mineral named unobtanium on Pandora. However, Pandora is poisonous to humans and so, they face struggles to its extreme.

Avatar has a terrific narrative and showcased Cameron’s beautiful worldbuilding talents, aside from the technical parts.

“Aliens” is the next sci-fi movie that brings all of our imagination into reality. Don’t you love aliens?

The story of this film is about an officer named Ripley who wakes after trauma and figures that she has been dozed off for 50 years. She learns that humans have already discovered their existence and wish to explore more with her.

However, as she witnesses new things, she is shocked and nervous all at once.. As a result, she decides to end all such experiments.

You know this will go insane with Cameron being behind the camera and also contributing to the script. Michael Biehn and Bill Paxton, two James Cameron favorites, return to fantastic performances, as well.

Featured song: My Heart Will Go On

Apart from all such science fiction films, now we have a romance tragedy movie by James Cameron.

The story of this film revolves around Rose, a young aristocrat, and Jack, a lower-class artist, falling in love aboard the RMS titanic.

It has all the depth and conflicts that make up a good romance, as James Cameron portrayed an incredible and sincere story of love in an event that took nearly 1500 lives in the actual shipwreck.

Today, they’re no denying that Titanic has become such a classic and an icon even decades after its release.

It was a major hit for Cameron, earning him an Oscar for outstanding visual effects, along with ten other awards, including Best Picture.

Now, let’s get some breather.

“True Lies” is a humorous, romantic action-comedy film directed by James Cameron and released in July 1994. It is well-known for its performances and other elements Cameron skillfully brought into the movie.

The plot of this astounding film revolves around a secret agent who faces a new challenge in his life as he learns about the hidden affair of his wife.

Now, he finds himself in a terrible position as he has to save his wife and the entire world.

Although the film became a massive success that it could have another sequel, it never happened thereafter.

In short, this film is filled with adventure, suspense, cleverness, and incredibly happy and sad moments. In short, it has everything you are looking for.

“The Abyss” is one of James Cameron’s classic sci-fi films as it has a number of reasons to be on top.

It tells the incredible story of a team of engineering and military officers being asked to take out a deep-sea inquiry to find a long-lost submarine. But the kicker hits in when they face weird things such as aliens!

I assure you Cameron has given his level best to this romance, man vs. machine, and science fiction film that made everyone love it.

It is considered one of the highest-grossing films by James Cameron. People considered it to be something different as Cameron is famous for his science fiction where aliens or dinosaurs are involved.

Check out: The Abyss

Based on: Characters; by John Sayles; Richard Robinson

The story is about a type of fish called Piranha, which is considered extremely dangerous.

The film portrays the story of people getting killed on the coast of the Caribbean island, and everybody is just shocked to see such a mishap.

To sort it out, an instructor named Anne begins investigating the whole case and finds out that a shoal of mutant piranha is the main cause of these attacks.

The artist Roger Corman added the film’s special effects. He did such a great job that it’s hard to believe the fish were not real!

Check out: Piranha II: The Spawning

A sympathetic doctor discovers a disembodied female cyborg with an undamaged human brain in the future and gives it a new cyborg body.

She is given the name Alita after the doctor’s deceased daughter and awakens with no recollection of her history. The story continues as she navigates her new life and the dangerous city streets.

The next James Cameron film we have is named “Alita: Battle Angel,” released in February 2019. It was directed by Robert Rodrigez and produced by James Cameron.

In the story, Alita also finds herself with a teenager’s soul. She loses all her memory because of this misfortune, but now she is focused on finding out her true self as she is determined to know what’s going wrong in her life.

He also convinced a female surfer named Tyler to teach him how to surf, forming a friendship with her along the way.

Another iconic film is Rambo. I’m sure your father and gramps would know about this!

Upon his release from prison, Vietnam veteran John Rambo sets out to gather proof that American prisoners of war are held in the Vietnamese jungles.

However, his superiors do not believe he will be successful. Stuck in the jungles of Vietnam, Rambo fights to free the captives.

If watching dark stories is your thing, then you better check this one out. That is if you haven’t heard about this yet.

The kicker hits in…

…when he finds recordings of a horrible rape and murder of a young prostitute on a disc. With Mace’s help, he discovers that a young girl was raped and murdered.

Yet another fantasy that made its mark in Hollywood is Cameron’s Terminator Genisys.

After Skynet sends a terminator from 2029 to 1984 to assassinate Sarah Connor, her son, Human Resistance commander John Connor, sends Kyle Reese to defend her.

However, Reese finds himself in a different reality with Sarah already having a guardian, a reprogrammed android.

Now, this is intense!

Having been assigned to investigate the death of a doctor and the mental problems of cosmonauts, a psychologist discovers that the water on Solaris is a type of brain that produces the release of repressed memories.

However, once overseas, Kelvin encounters strange phenomena and crew behavior that changes his life.

Xenogenesis is a 1978 Canadian-American science fiction short film that was the directorial debut of James Cameron. It stars incredible actors, including William Wisher Jr. and Margaret Umbel.

In this science fiction short, a man and a woman are dispatched on a spaceship to search for a new home in space. Unfortunately, the pair must endure a giant robotic cleaner to survive.

What a thrilling ride!

If you yearn for more mind-boggling stories and breathtaking cyborgs, there’s no better watchlist than a James Cameron one.

There’s just no denying it. He’s one of the kings of science fiction and drama in his time.

You can read about other directors such as The world’s Richest Directors by clicking here.

Or maybe read about Gerard Butler’s Net Worth or Top Christian Bale Movies, just click here and Have Fun! 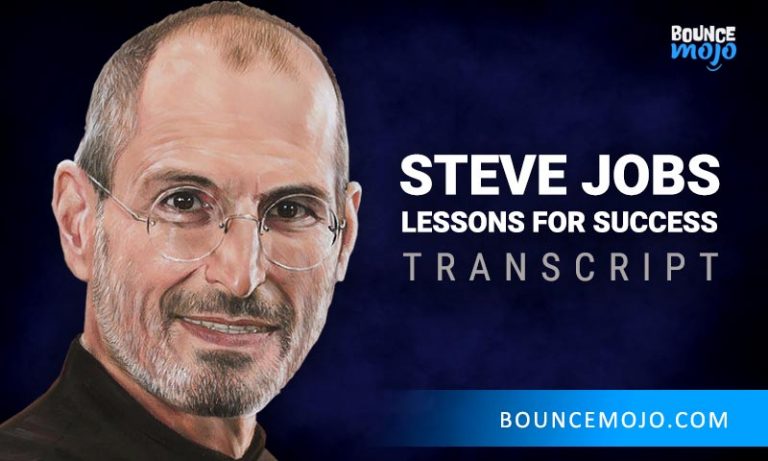