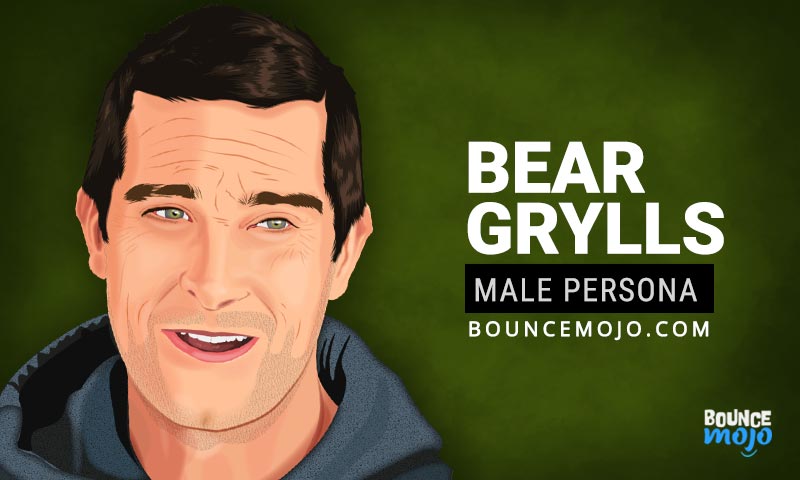 Who are Bear Grylls Children?

You’ve all heard of Edward Michael  “Bear” Grylls… but what about his kids?

Are they a mini-me of their British Adventurer Daddy or are they XBox junkies – perish the thought?

Bear Grylls is a household name thanks to his global outdoor adventures and survival skills, but what do we actually know about his personal life?

He climbed Everest – but how did that stack up against a month in quarantine with his kids – was he climbing the walls by the end like the rest of us?!

…how well does Bear Grylls handle his three sons at home?

Running his 3 young kids around the house might prove to be the most formidable challenge the survival instructor and his wife Shara Cannings Knight have ever experienced.

With an average age of 6, you can only imagine what the Honorary Royal Marines Reserve has to deal with!

Jesse Grylls is Bear Grylls first-born. He was born in June 2003.

Next is Marmaduke Mickey Percy Grylls, born on April 6, 2006.

And the youngest of the lot is not so little Huckleberry Edward Jocelyne Grylls, born on the 15th of January 2009.

But unlike most other parents, Bear Grylls and Shara Cannings Knight rig things differently at home.

He welcomes his kids taking risks…

“Let’s not deceive ourselves into thinking that removing risk makes our children ‘safe,’” says Bear Grylls.

A few years ago, the youngest Chief Scout left the then 11-year old Jesse alone in a place where he would need to be rescued in a sharply planned stunt operation on the rocks off the north Wales Coast.

You can bet that public condemnation came lickedy split for our favorite British Adventurer!

But the ever-so-cool Bear Grylls OBE responded equally as strong: “I am determined to stand beside them on that journey,” he said.

“And yes, it can be dangerous.”

Does that count as an honest mistake?

That’s a yes for the UK Chief Scout.

Bear Grylls encourages his children to play with sharp objects to “empower” their developing minds to learn how to do something dangerous… only safely next time.

“Sometimes in life, we get cut…”

“… my six-year-old recently cut himself on a knife and came in with blood pouring everywhere, but, you know what? He’s not cut himself again.”

“He learned how to handle a knife.”

Bear Grylls said that a “mega-sharp pen knife” is a good thing to trust a child with.

Now, how important is it to “Face the Wild” in the Bear Grylls Survival School?

According to Bear Grylls, it is ‘very’ important.

These were his exact words in an interview with Fatherly.com

I often say how the wild exposes us wide open, and we can’t hide — that’s the pain but also the magic. So often, I’ve seen unlikely heroes emerge, and those we might think invincible often crumble. The hardships and the camaraderie that we experience on these adventures build pride and confidence that’s hard to explain.

Let me sum it up for you folks.

And that’s the reason Bear Grylls tries to teach his children his own take on masculinity.

When this survival instructor became a dad, he said it was an experience he could never explain.

Grylls said it changed everything for the better, funnier, fuller, and messier.

Bear Grylls tells his kids to ‘go for things’ without reservation – to have dreams and learn how to embrace failure.

“Failure is a way to get where you want to,” says Bear Grylls.

He tells them to be kind and courageous – and to never give up.

Edward Michael Grylls aka “Bear” also believes life is all about heart and attitude.

It’s having the courage to follow the fire inside your heart – nothing to do with gender, physicality, trophies, or exams.

“I’ve tried to do what I love and say that it’s ok to show your feelings, and it’s ok to struggle with stuff as it’s the struggle that develops our strength, and that’s the way I’ve tried to operate. If that’s masculinity well, good.”

I completely agree! That’s what it means to be a man!

Edward Michael (“Bear” as he was named by his elder sister Lara Fawcett) Grylls and Shara Cannings Knight have been married for over two decades. Bear Grylls married the love of his life in 2000.

Bear Grylls recently revealed how he prioritizes his woman over his children.

You can only imagine the uproar of so many parents.

Survival skills expert confessed how his secret to having a happy family is to keep his wife happy FIRST.

He added in an interview with GQ Magazine:

“We must prioritize our partners above everything else: even our kids. Couples often think that the kids should always come first, but smart couples know that the family’s best foundation is their relationship. In protecting that, they can then best love their children.”

This sparked a huge parenting debate among those who believe putting children second is not a viable option.

Moms and dads should always prioritize their children, they say.

Love for your kids should be stronger than that of your partner, they say.

Shara is a fortunate wife, indeed…

Since the survival expert Bear Grylls got a hold of Shara, he kept his attention on his wife 24/7 claiming “there is no relationship more important than your marriage.”

The Discovery Channel (The Island With Bear Grylls/ Running Wild With Bear Grylls/ Ultimate Survival, Bear’s Wild Weekend, and seven seasons of Man vs Wild) TV Star has kept his cool even as he rubbed shoulders with many warrior moms online, and Mother Nature herself in the Great Outdoors.

A wife is your partner, he says.

A fully functioning family would be ruined without a wife well-kept by a good, attentive husband.

And just like any other, their relationship has had its own set of pitfalls.

Life hit hard for the pair who were both in bad shape emotionally after dealing with the loss of both their fathers – just 12 weeks apart.

It was an overwhelming make-or-break moment for the two.

“My feelings was (sic), ‘Bear, you’ve been very lucky through childhood, but now life has taken the gloves off…

The couple made the right choice to consult a professional therapist.

It certainly made the power couple stronger.

“And whatever you see on TV, no man doesn’t have doubts or fears. No man ever has everything totally sorted.”

On an entirely different note…

How did Grylls – the Honorary Royal Marines Commandos Lieutenant Colonel – cope with Quarantine?

The Chief Scout knows that children have a tremendous amount of energy.

This needs to be channeled in a positive way where no amount of rain can stop the fun.

The more mud, the better – they should go outdoors as much as they can.

Making the most out of each day is their daily mantra!

You can’t rely solely on gadgets or social media.

Before we finish, here’s a useful parting gift…

5 hand-me-down Parenting hacks from the author of Mud, Sweat, and Tears, Facing The Frozen Ocean, and Survivor Games :

“Focus on these, and you’ll get through anything,” says Bear Grylls.

The ultimate prize for being such a great dad is coming home to boisterous children and a happy wife.

Conclusion: The Grylls Children: Inside Look at the Family

Now for the million-dollar question: are you one of the good dads – like Bear Grylls?

I hope you enjoyed our Bear Grylls Kids article today.

The former Eton College Alumni and Guinness World Record Holder has certainly raised a few eyebrows with the way he raised his kids! I suppose we’ll only be able to see the results in the fulness of time.

Why not check out our Bear Grylls Bio and Net Worth.